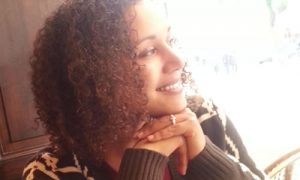 Donna Anita Nikolaisen is an Irish Film, TV and Theatre actor. Of Irish-Caribbean heritage she is best known for her role as Zambian nurse ‘Ama Chisenga’ on RTE’s Fair City (2013-2017). Donna plays the role of ‘Frances Frond’ in the upcoming CBBC series Nova Jones (2021).

Other screen roles of note include ‘Lucy Doyle’ in TV Drama The South Westerlies (2020), ‘Louisa Short’ in TV Drama Blood (2020) and ‘Grace Ture’ in Feature Film Sweetness in the Belly (2019). Donna won Best Supporting Actor for her role as ‘Ali’ in the award-winning short QED at the 2018 Underground Cinema Festival.

Trained initially at Cork’s Montfort College, Donna continued to study the art of acting with Tim McDonnell at the Focus Theatre based Stanislavsky Studio.  She also trained in Bel Canto Voice, Music Theatre Voice and various forms of dance. She then went on to portray a number of challenging characters on stage. These include the formidable ‘Mrs Muller’ in John Patrick Shanley’s Doubt at T@36; the embattled ‘Silk Campbell’ in No Irish No Blacks No Dogs at The New Theatre; the straight talking Lebanese journalist ‘Rima’ in Talking to Terrorists at The Samuel Beckett; a terrorised mother in Tea Chests and Dreams at The Axis; a warrior woman in The Bacchae of Baghdad at The Abbey; and the fragile yet feral ‘Bertha Mason’ in Jane Eyre at The Gate;

In 2010 Donna set up True Voice Theatre to produce short ensemble pieces. To date she has produced and performed in Birdbath by Leonard Melfi and The Bear and The Proposal by Chekhov.

A successful voice over artist, Donna narrated the audio book for Donal Ryan’s Strange Flowers (2020). She also narrated the BBC/TV3 documentary Ireland’s Refugee Hotel (2017) and The Story of Water (2019) for Virgin Media.

In 2019 Donna released online her debut album LORE. The inspiration for the collection lies within the shift between the Celtic seasons of Bealtaine (growth) and Samhain (return to earth). It’s all about the ebb and flow, the desire to hold on and the need to let go. Listen to LORE 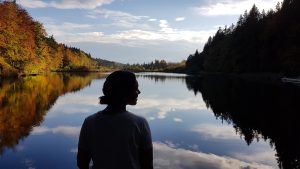 Of Irish-Caribbean heritage, Donna was drawn to the magic of the stage from a young age. She trained in speech and drama as a teenager at Monfort College, Cork and her earliest performance was at The Cork Cat Club. She went on to achieve a BSc in Business Information Systems in UCC, which lead to working as an analyst for 5 years. However, after taking a sabbatical to travel around the world, certain aspects of life were clarified.  She decided to answer the call and focus her life’s energy to the pursuit of acting.

Her love for both acting and music meant that she first stepped on a Dublin stage in the musical ‘Evita’ with The Guinness Players and ‘South Pacific’ with the Pioneer Musical Society. Her first dramatic role in a play was that of Margaret in ‘Much Ado About Nothing’ with The Dublin Shakespeare Society. 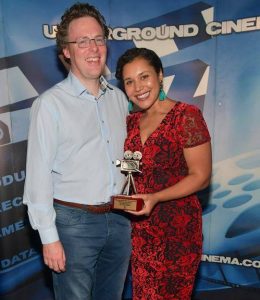 Donna won Best Supporting Actor for her role as Ali, a young woman dealing with a tragic event in her life, in the powerful short film ‘QED’ at the 2018 Underground Cinema Film Festival.